Description of Carrom Live 3DThe game of carrom is believed to have originated from the Indian subcontinent. The objecti 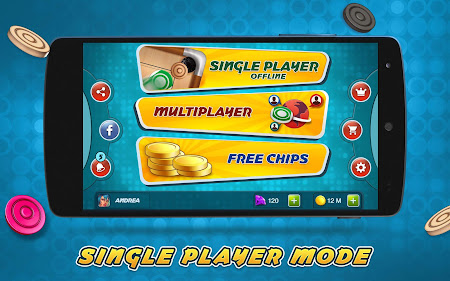 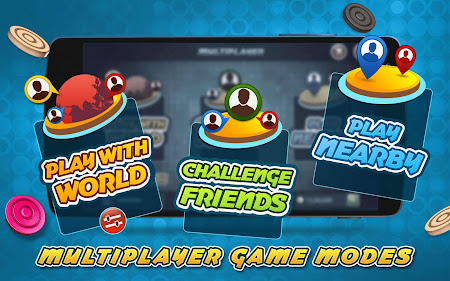 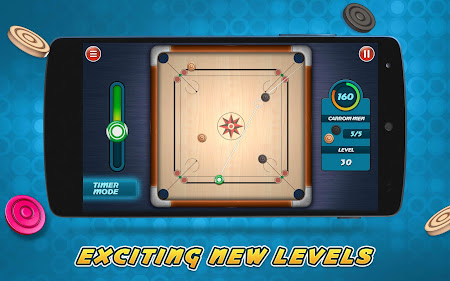 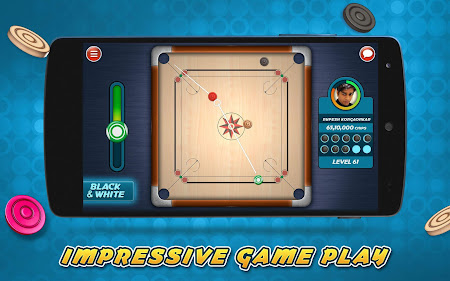 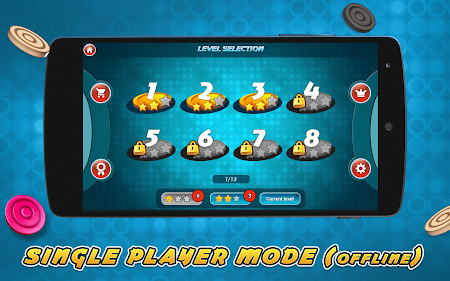 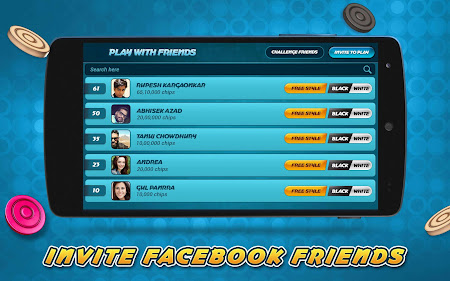 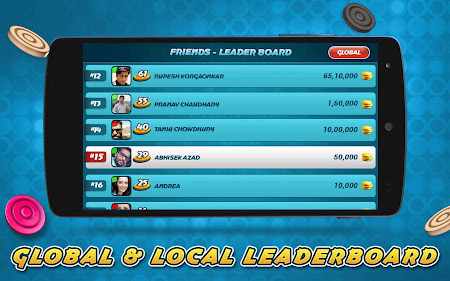 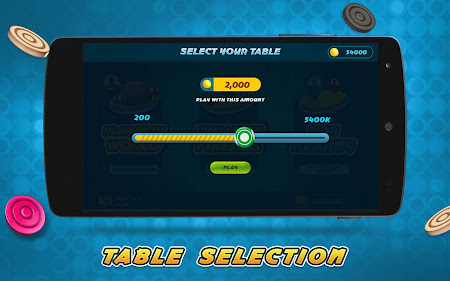 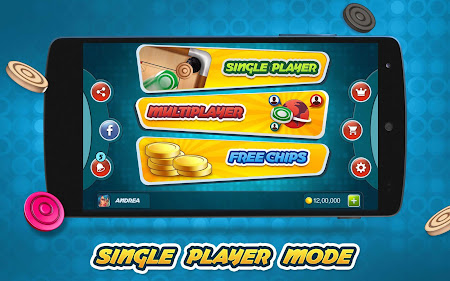 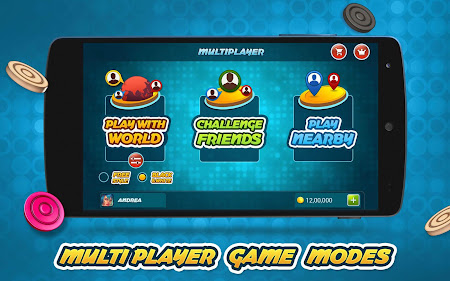 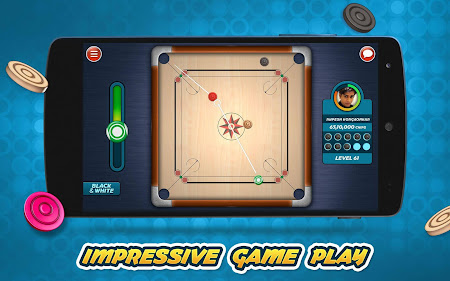 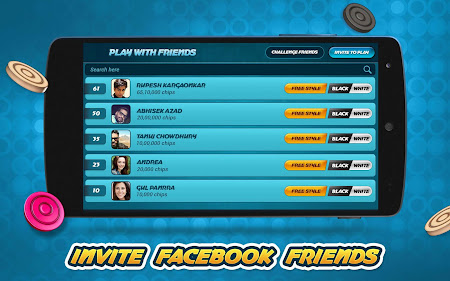 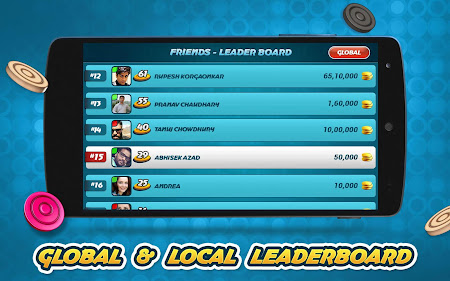 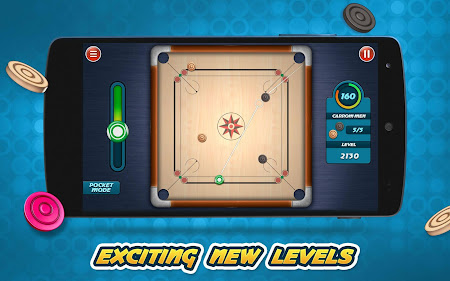 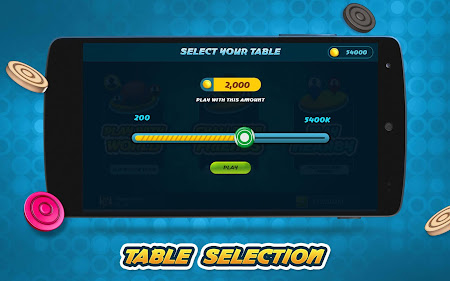 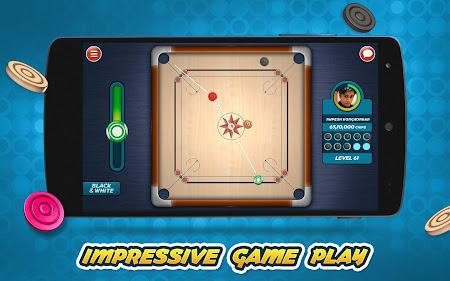 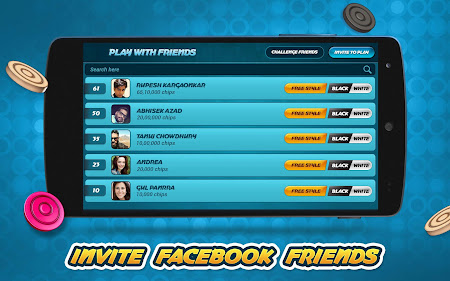 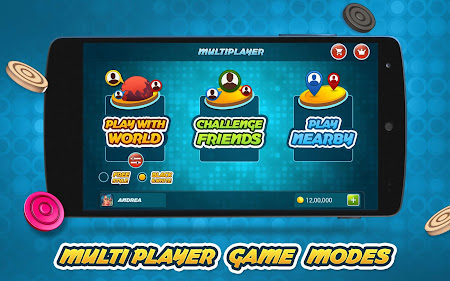 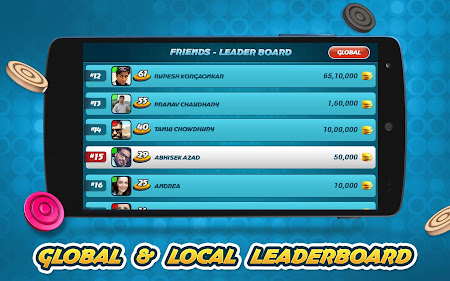 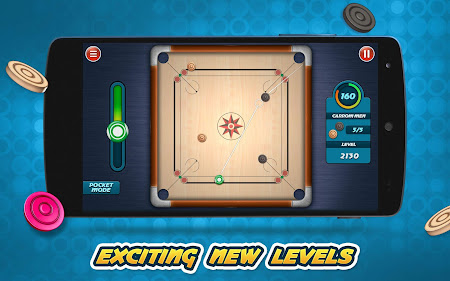 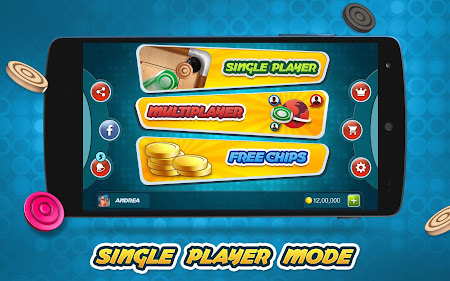 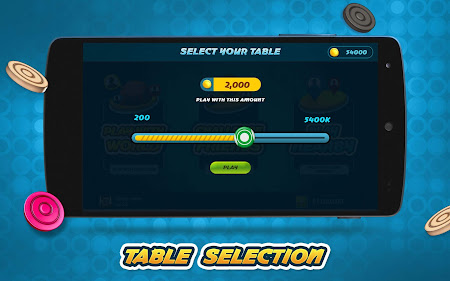 The game of carrom is believed to have originated from the Indian subcontinent. The objective of play is to use a striker disk with a flick of the finger to make contact with and move lighter object disks called carrom men, which are thus propelled into one of four corner pockets.It is King of all board games. Lets pick the striker and become the king of board games.
The aim of the game is to pot (or pocket) one's nine carrom men (either Black or White) and the Queen (Red) before your opponent. Carrom follows similar "strike and pocket" games, like pool, shuffleboard, billiards, snooker etc. with its use of rebounds, angles and obstruction of opponent's pieces. Carrom is also known as karrom, karom, carom, carrum in various parts of the world.
FEATURES
Single Player Offline Mode – Play carrom unlimited in offline mode with more than 100 levels. Unlock the cool and challenging stages while playing. Practice to be the best.
Multiplayer Game Modes – Play carrom live against real opponents anytime, anywhere in exciting online multiplayer modes.
Offline Multiplayer Game Modes – Play carrom live with your family and friends on your mobile in offline mode also.
Play with world – Take down real players anytime, anywhere in a thrilling carrom match.
Play with Friends – Invite, Challenge & Compete with your friends, Win the carrom challenges/matches and climb the leader-board.
Play Nearby – Beat the other near by real players to be the carrom king.
Featuring two amazing multiplayer game types – fire in the hole 'Freestyle' and showdown of the knights 'Black & White'. ( http://carrom.octro.com/rules.html )
Bet and play tables – Win big chips beating opponents with table selection feature.
With improved visuals, graphics and a new eloquent UI.
Switch the direction of Power meter controls (Left/Right) as per your preference and choice.
Never run out of chips !! Get daily free playing chips as BONUS and play carom non stop.
Chat with your opponents and friends while playing – Good conversations are a part of good friendship and better rivalry.
Connect with facebook to invite/challenge friends and share the joy!
Also try other exciting games by Octro -> TeenPatti – Indian Poker, Indian Rummy, Tambola – Indian Bingo, Card Royale – TeenPatti Battle, Yuddhbhoomi – Strategy War game, Donkey Quiz – India’s Quiz Game.
Octro just simulates the game with virtual currency, and is not involved in any gambling.
Support :Please send Email to [email protected] for any help and support.
Privacy Policy and Terms of service: http://carrom.octro.com/legal.html

This article comes from the Internet and does not representcricket live appPosition, please indicate the source for reprinting：https://www.nonione.com/9032/carrom-live-3d-3-55-apk-free-sports-game-apk4now/
2like